Hand-selected articles, guides, and more from the makers of Check Cherry, designed to help your business grow and flourish. 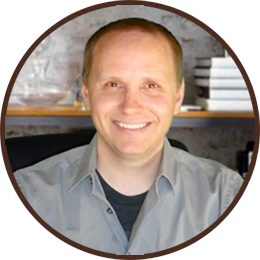 Over $1 Million Booked On Check Cherry

Good news! We just surpassed a milestone here at Check Cherry. Thank you to everyone who helped us get here.

Over $1,000,000 in reservations have been booked with the Check Cherry booking platform. We're pretty pumped. A huge thank you to all our customers for helping us reach this point: we're just getting started and can't wait to hit the next milestone.
Expect more new features and enhancements in the coming months designed to help grow your business and maximize your earning potential.

We're always looking for ways to make our online booking system better.
When your customers book your services, they will now be required to electronically sign and agree to your Terms and Conditions by typing their name. Check Cherry will track the date of the signature and the IP address of the person signing and display them at the bottom of each invoice.

Navigate to an invoice to see a customer's signature.

In March 2017, Ross and I attended Photo Booth Expo; it was Check Cherry's first trade show and we wanted to share our experience because we think it will be helpful for others who are considering the next installment in Las Vegas, March 11-14, 2018.

First off, we've been to our share of trade shows over the years. Both Ross and I were really impressed with the quality of the people at the event. Everyone was friendly. There seemed to be a high quality of like-minded professionals in one location focused on a similar goal and in my book, that's a recipe for a great trade show.

Furthermore, the event was super smooth and well organized.  Congrats to the show's producer, Rob Savickis and his staff for putting together a quality event. We know it's a lot of work, it's not easy to pull off and we're thankful you make it all happen.

While we already had businesses using Check Cherry, we like to think of Photo Booth Expo 2017 as a milestone for the company. We introduced our service to the photo booth community. From a customer acquisition standpoint, the show was tremendously successful for us. We feel like we found a community who really appreciates the power of Check Cherry and our Photo Booth Software.

Customer Feedback, Lots Of It

We also received a lot of actionable feedback from a wide range of business owners and several compliments after the show. While we can't bring everyone's request or idea into the product, there were a lot of really good suggestions.

We also feel like were offering something new to the industry. After the show we received an encouraging  email from a Canadian photo booth owner stating:

"Your pitch was great 👍🏻  This is legitimately the only thing I'm considering adding to my services since I left the expo!  So bravo !"

It was encouraging to see we had a service which resonated with the community. As it turns out a lot of Photo Booth Businesses can benefit from what we are doing at Check Cherry. Hooray!

One thing which was unexpected was the number of attendees from outside the United States. At the time Check Cherry only supported US Dollars. During the event, we received a lot of requests to support other countries and their currencies.

It took some work, but I'm happy to say we now support several countries including Canada, the United Kingdom, and Austalia. I think it's worth mentioning credit card processing support for each country's currency is also included.

We Will Definitely Be There In 2018

If you are on the fence about attending, I highly recommend going. From seeing new and unique products, to meeting great people, it's a great event and well worth the investment in attending.

If you're a customer, be sure to stop by and say hello. We might even have a few surprises up our sleeve: it is Vegas after all.

Five Ways To Get More Photo Booth Business From Your Website

Does your website close business for you? It should. If you're like most photo booth entrepreneurs, you're spending meaningful time getting people to notice your business online. A website is often the first and only chance you have at winning new business. Over the years, I've developed a lot of websites for a number of different businesses as a web developer. This post offers some tips on ways maximize the number of people who pull the trigger and go with your service.1. Invest in a modern website.Appearance matters. Prospective clients will judge the quality of your service based on the look and feel of your website. You don't need anything super fancy or expensive.

Generally, event-based business entrepreneurs fall into one of two camps: We list pricing on our website for all to see. We stand exposed.We hide our pricing and ask prospective clients to &quot;contact us&quot;.I started in the &quot;contact us” camp and did not show pricing.I think there were two main reasons why I chose not to publicly advertise my pricing:I didn't want to miss out on a single lead. There was an underlying fear: if someone were to come to my website, see my pricing and determine I was too expensive, they might not contact me and I might not get a chance to close the deal.I wanted to make sure my customers were happy.